Ads list
PreviousPrev NextNext
Hidden ad! You have decided not to show this ad in the search results
share 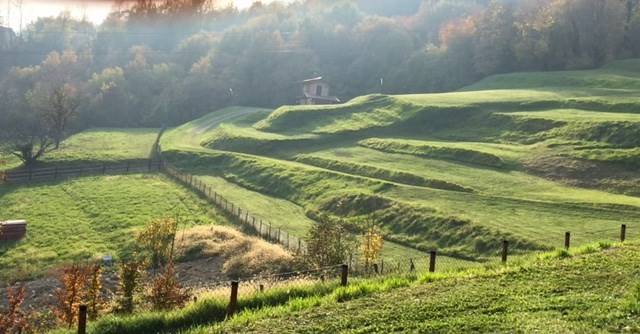 Ranica first hills, farmhouse Ranica first hills, farmhouse Ranica first hill, farmhouse of mq. 135 + accessories, renovated with great finishes and lovely views, some custom-made furnishings, made up on the ground floor by entrance, living room, large kitchen and bathroom, on the first floor of 2 bedrooms, 1 bathroom and large terrace. Meadow and orchard of 10,000 square meters, with the possibility of cultivating Scanzo DOC Grapes. Cascine Bergamo Initially, the farmhouse was born as a single block, which carried out in itself all the functions of both the residence and the livestock housing, separated but not yet completely removed from the living spaces. The first step towards specialization of spaces is represented by the separation of the stable from the living spaces, even though the physical heat of the animals and their direct control to avoid thefts suggested initially placing the stables next to the rooms. Only when the company increased in size, and consequently also the number of livestock heads, it became indispensable to move away the stables, though not excessively to be still controllable by the home. Usually, however, the stables were located far away from the entrances of the farm and closer to the farmer's home. Instead, the barns were removed from the homes to avoid any risk of fire, placing them above the stables and on the other side of the warehouses and warehouses which, however, had only dedicated spaces in the larger companies, while the smaller ones were initially located inside the building residential to be better controlled and to avoid any theft. From the cartography of the Teresian Catasto, it can be noticed that the "house of massaro" originally had no functional specialties but rather a compact structure, also because the number of livestock was still quite small in the eighteenth century, mainly used for self-consumption as well the available terrain perches appeared to be linked to the day-to-day working capacity of the conductor. The principle of the country house is to contain, dispose and preserve field crop products. The kitchen, on the other hand, was always placed at the entrance of the house, on the ground floor, in direct contact with the outside, albeit protected by a roof or porch or on the first floor. Instead, in one-storey buildings, the kitchen was next to the bedroom, with stables in a second external building. When, on the other hand, the building was on multiple floors, two became the possibilities: the kitchen on the ground floor together with the stable and warehouses, or the upstairs kitchen with the rooms, the barn and the storage room. The local kitchen often represented the only entrance to the other environments of that floor of the dwelling, and it was the passage around which all the other rooms were rotated; the work spaces had independent entrances because the structure of the farmhouse was very centered, for the need to always control the progress of the family community. Another element of the rustic home is the staircase, which can be internal or external to the building: if it is outside, it is placed on the facade or in its vicinity and can lead to a service balcony or loggia from which it comes to the kitchen or, if this is on the ground floor, in the different bedrooms arranged longitudinally over the loggia and the balconies. What distinguishes the various farmhouses then goes through the type of distribution of buildings around the court itself and we can then divide the farmhouses into buildings: A closed court, that is, when the buildings are going to form a generally square square; 2. Open court, that is when constructions form an open complex on one side; 3. Open court at "L" when constructions form an open complex on two sides; 4. Irregular installation or separate buildings where a real court may also be missing; 5. Single-block or single body.
Ranica prima collina,
cascina/villa di nuova costruzione,arredata, di mq. 135, ristrutturata con ottime finiture e vedute incantevoli,
costituita al piano terra da ingresso, salone, grande cucina abitabile e bagno, al piano primo da 2 camere da letto, 1 bagno e grande terrazza.
Prato e frutteto di mq 10.000 con possibilità di coltivazione Uva di Scanzo DOC.
Richiesta € 580.000